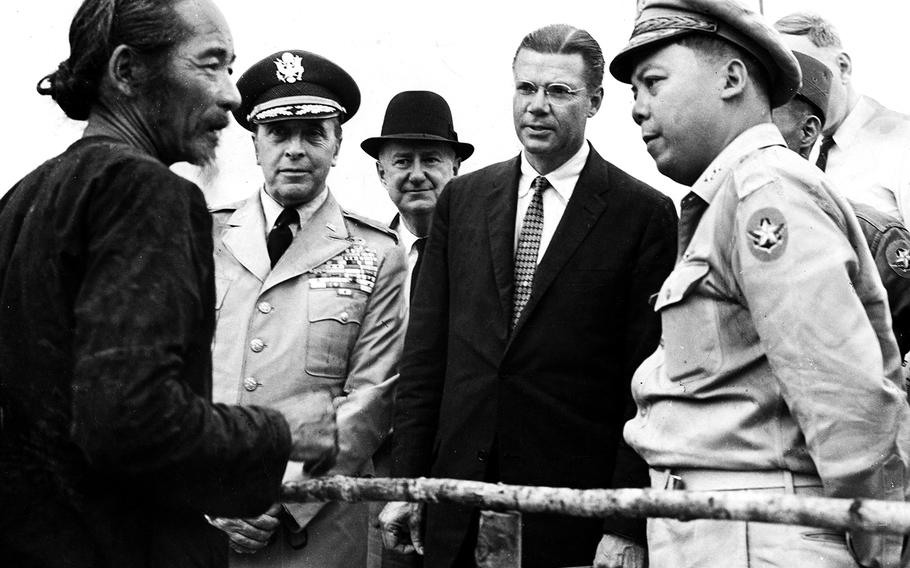 Al Chang ©Stars and StripesSouth Vietnam, May, 1962: Secretary of Defense Robert McNamara (hatless at center) and Joint Chiefs of Staff chairman Gen. Lyman Lemnitzer listen as a Vietnamese village elder tells them of Viet Cong activity in the strategic hamlet of Ben Tuong, 50 miles north of Saigon. With them are Arthur W. Sylvester, assistant secretary of defense for public affairs, and Gen. Nguyen Khanh, the Vietnamese army's chief of staff. McNamara and Lemnitzer were in Vietnam to inspect defenses and make an estimate of the country's fighting potential. As he was leaving the country, McNamara told reporters he was "very encouraged" with what he saw during his two-day visit, and added that it was "doubtful" that U.S. military personnel in South Vietnam would be increased above their present levels.