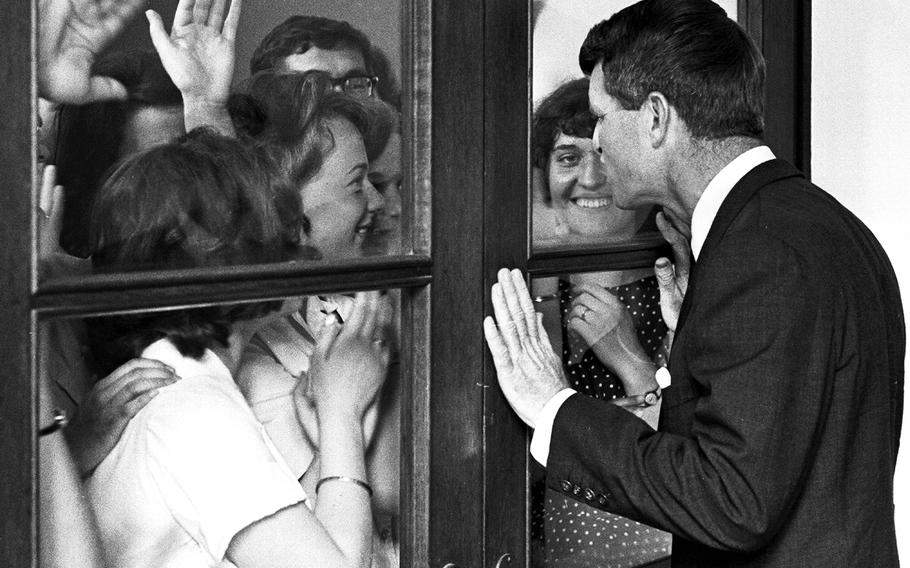 Gus Schuettler ©Stars and StripesHeidelberg, Germany, June, 1964: Attorney General Robert Kennedy greets some admirers at the Heidelberg University auditorium. Kennedy answered questions on a wide range of topics, including Vietnam, civil rights and the upcoming presidential election. Asked about the surging popularity of eventual Republican nominee Barry Goldwater, Kennedy called the Arizona senator a spokesman for "people who oppose everything ... They want schools, good government and atomic weapons but they just don't like the people in Washington who are providing these things."