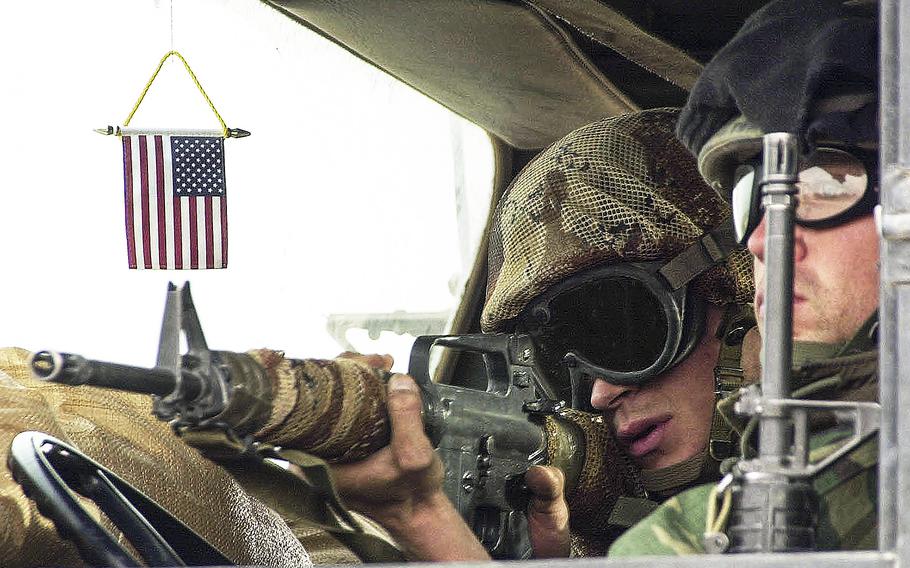 Mark Oliva ©Stars and StripesIraq, March, 2003: A Marine from 2nd Battalion, 23rd Marines watches for enemy movement from the cab of a seven-ton truck while convoying north through southern Iraq. The Marines were meeting pockets of guerilla and irregular forces holed up in small towns and villages along major highways as they continued their march toward Baghdad.