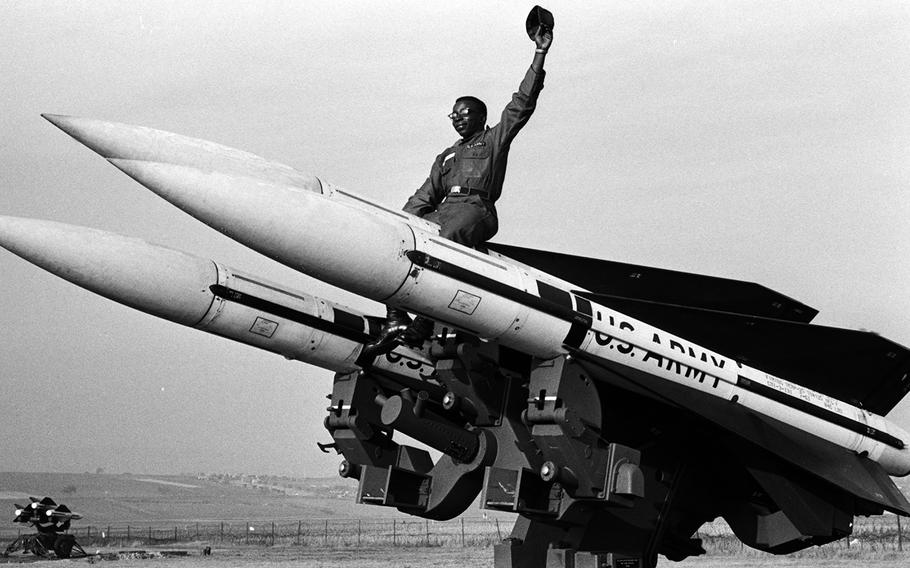 Lynn Langfield ©Stars and StripesFulda, West Germany, November, 1964: A soldier from the 34th Artillery Brigade pays tribute to the Slim Pickens character in the recently-released movie "Dr. Strangelove" at a Hawk missile site near the East German frontier. The missile crews were on site around the clock making sure that the defense systems were ready to protect the Fulda Gap, an area that was considered a main route toward Frankfurt if Eastern bloc troops were to launch an attack.