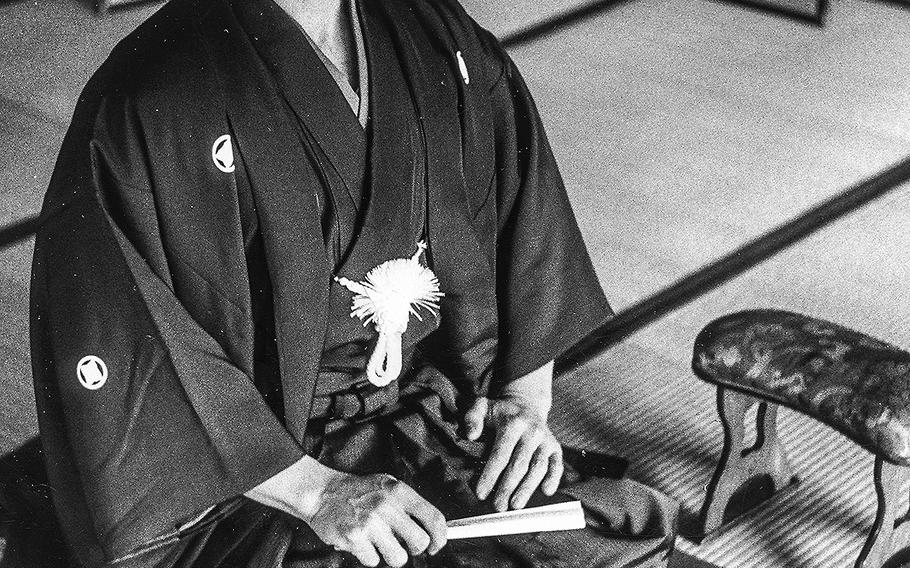 ©Stars and StripesKyoto, Japan, February, 1957: In later years he would be known as a Star Trek villain, the proprietor of Fantasy Island and the chief proponent of cars trimmed with rich Corinthian leather, but in 1957 actor Ricardo Montalban was wearing a kimono and a considerable amount of makeup on the set of "Sayonara," in which he played a Japanese kabuki actor. "It is very fortunate that I do not work every day," he said. "The makeup is hard on my eyes ... I can't shut them and I can't blink."