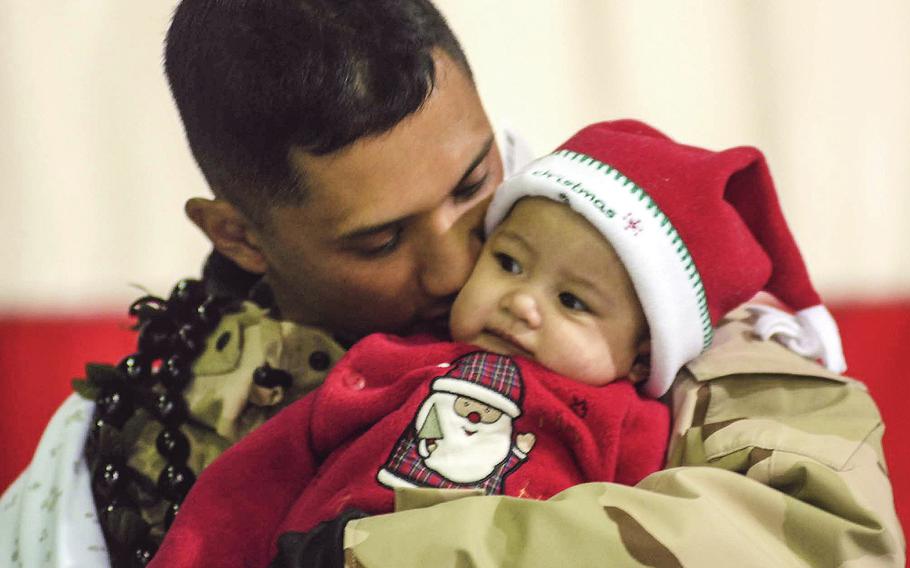 Ben Murray ©Stars and StripesWiesbaden, Germany, December, 2004: Spc. Jonathan Lucas of the 557th Medical Company (Ground Ambulance) kisses his four-month-old daughter, Malia, after returning to Wiesbaden Army Airfield from Iraq early in the morning of the day before Christmas. The reunion marked only the second time Lucas had seen his baby girl.