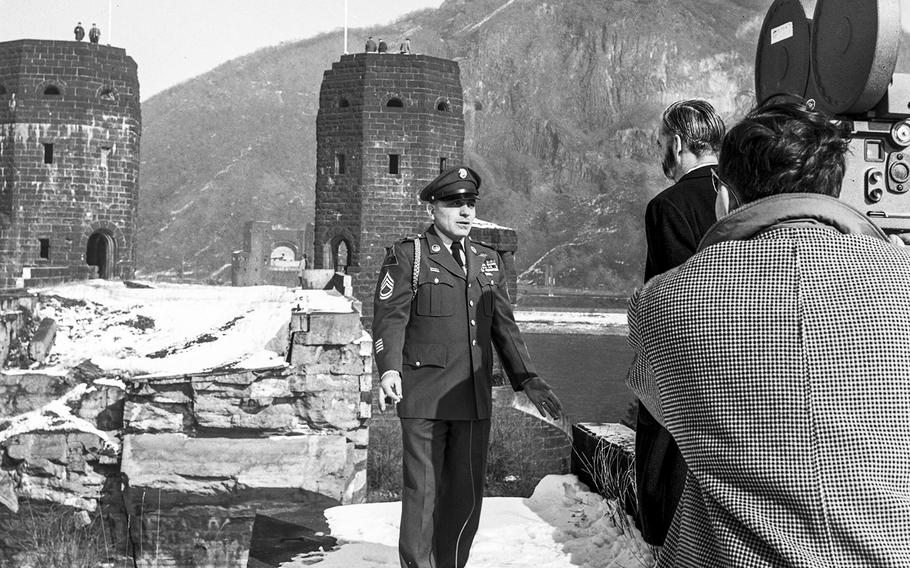 Norm Zeisloft ©Stars and StripesRemagen, West Germany, March, 1962: U.S. Army Sgt. 1st Class Joseph A. DeLisio is interviewed at a reunion of soldiers from both sides who, in March, 1945, fought for control of the famed Ludendorff bridge over the Rhine, seen in ruins in the background. During the World War II battle, DeLisio was one of the first to cross the bridge; when this photo was taken 17 years later he was still on active duty, with Company A, 2nd Battle Group, 19th Infantry of the 24th Infantry Division at Augsburg.

RELATED MATERIAL Two Stars and Stripes stories from the reunion at Remagen: Veterans of Ludendorff Bridge battle gather at Remagen What finished the bridge at Remagen?