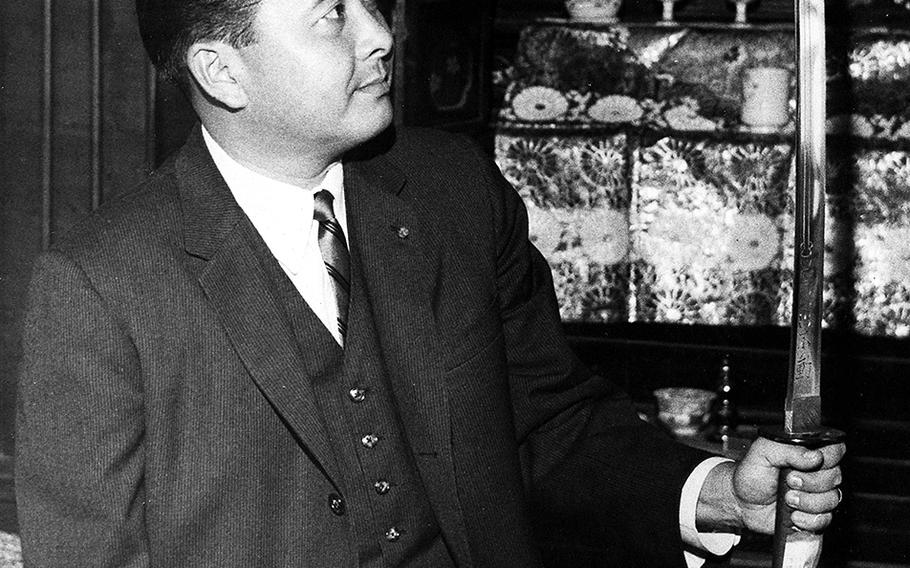 Frank Ermence ©Stars and Stripes Yokoyama, Japan, October, 1960: Rep. Daniel K. Inouye (D-Hawaii) admires a sword presented to him by residents of Yokoyama, Japan, during a visit to his ancestral home village. Inouye, a World War II hero who was awarded the Medal of Honor by President Bill Clinton in 2000, was Hawaii's first congressman when the island territory became a state in 1959. He was elected to the Senate in 1962, and served until his death on December 17, 2012, at age 88.