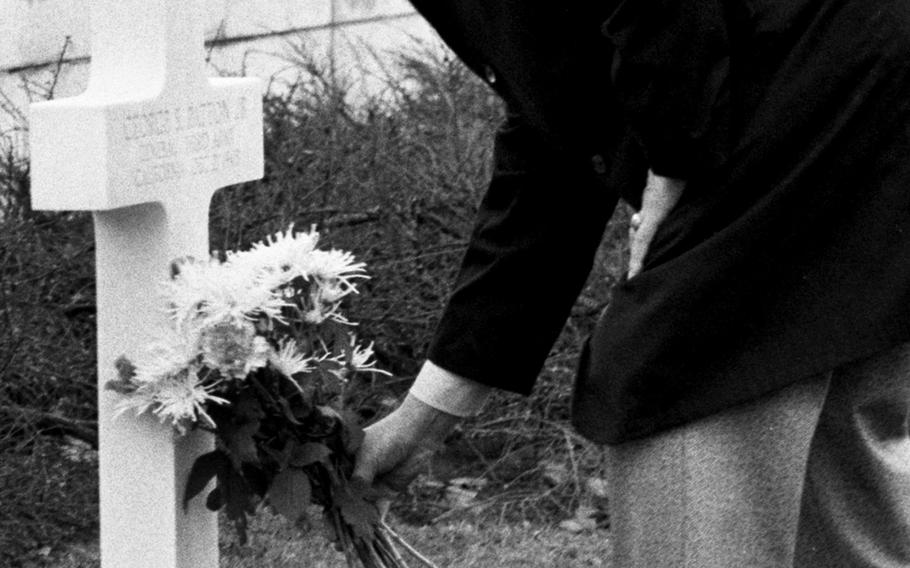 Jim Cole ©Stars and StripesHamm, Luxembourg, January, 1973: Retired U.S. Army Gen. Bruce C. Clarke, who earned the Silver Star three times during World War II while leading the Fourth Armored Division of the Third Army, places flowers at the grave of his wartime commander, Gen. George S. Patton, at the Luxembourg American Cemetery. Clarke's military career saw him rise from the rank of private (in World War I) to four-star general; he served as commander of USAREUR from 1960 until his retirement in 1962.