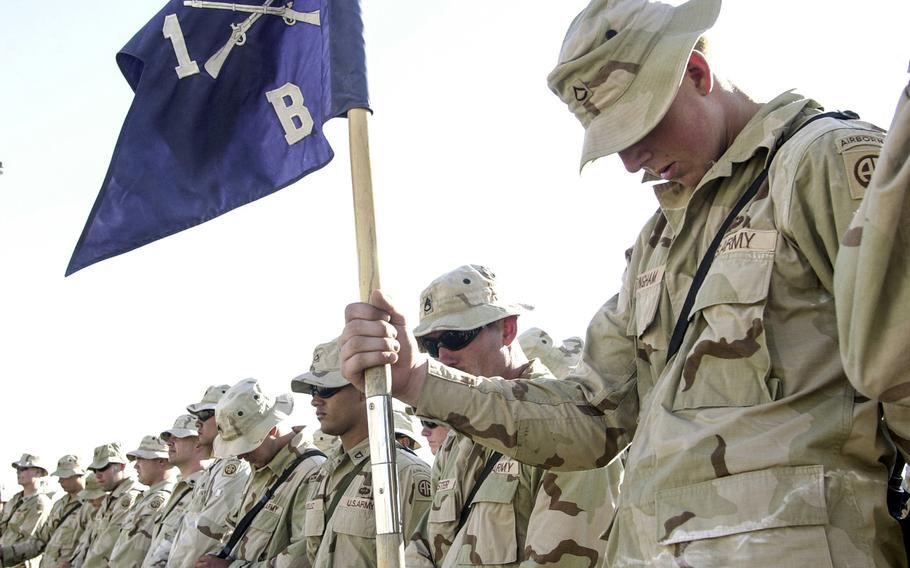 Terry Boyd ©Stars and StripesIraq, September, 2003: Soldiers pay their respects during a memorial service for Spc. Trevor Blumberg of Company B, 1st Battalion, 504th Parachute Infantry Regiment of the 82nd Airborne Division, who died during an attack on his patrol outside Fallujah.

RELATED MATERIAL: Stars and Stripes' 2003 story about the memorial service.