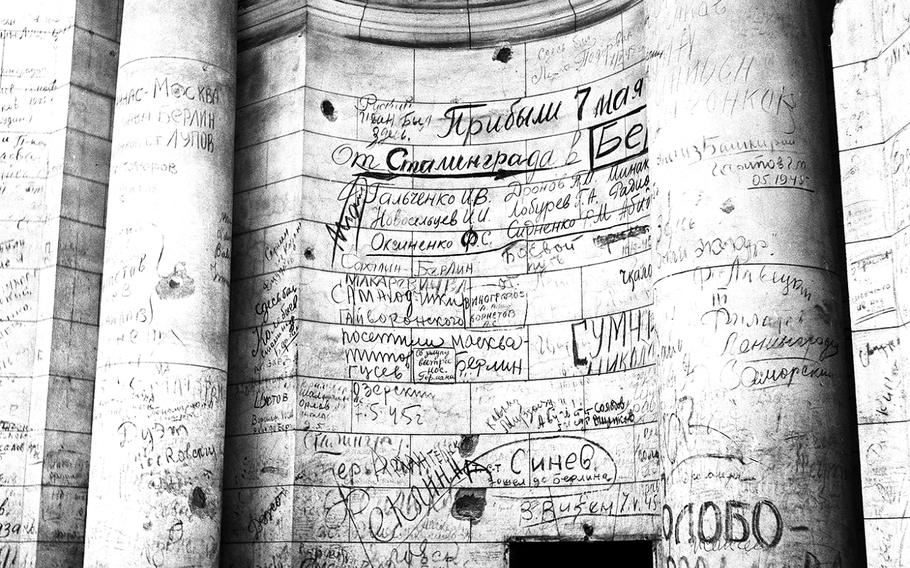 Lloyd Borguss ©Stars and StripesBerlin, September 11, 1957: Twelve years after the end of World War II, the walls of the battle-scarred Reichstag building are covered with graffiti left by victorious Soviet troops. The West German parliament in Bonn had recently affirmed by a unanimous vote that divided Berlin was still the nation's capital, but Chancellor Konrad Adenauer and other key leaders "turned a cold shoulder to the idea of having the government moved 110 miles behind the Iron Curtain," according to a Stars and Stripes story. It wasn't until ten years after the fall of the Berlin Wall, in 1999, that the Bundestag returned to the building.

RELATED MATERIAL: Stars and Stripes' 1957 story about the ruins of the Reichstag building.