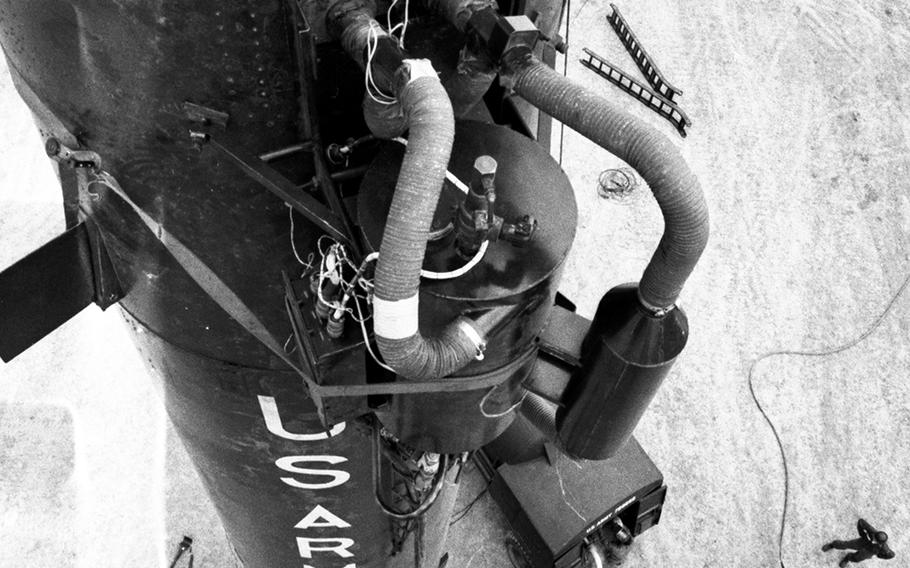 Norm Zeisloft ©Stars and StripesStuttgart, West Germany, July, 1962: A 7th Army crew begins fueling a Redstone missile with liquid oxygen during an exercise at Panzer Kasern in Stuttgart. The 70-foot Redstone — added to the USAREUR arsenal in 1958 — had a range of up to 200 miles, and was noted for its accuracy and dependability. A version of the rocket was used to lift America's first two astronauts, Alan Shepard and Gus Grissom, into space.

RELATED MATERIAL:A Stars and Stripes story and more photos of the 1962 Redstone exercise.