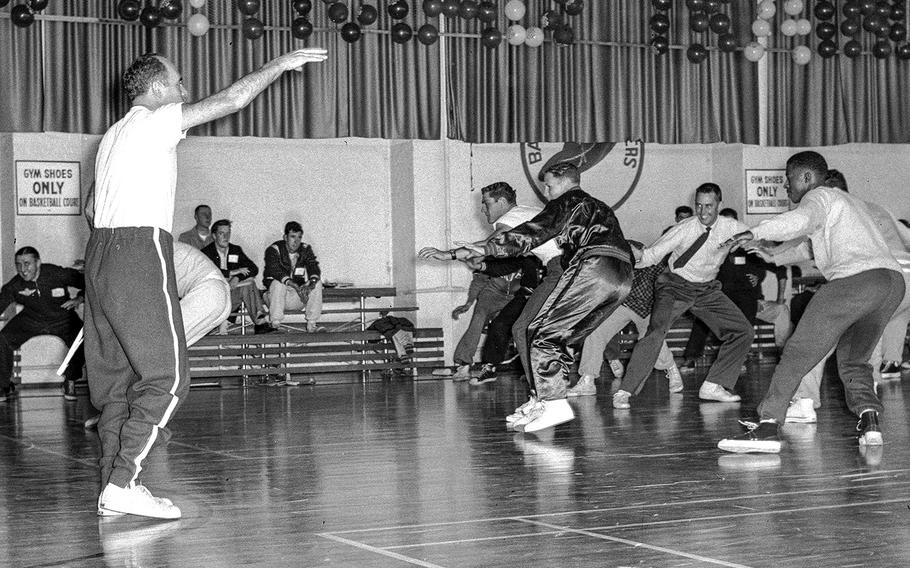 Bob Myers ©Stars and StripesLandsberg, West Germany, September, 1955: During the 1950s and 1960s, American servicemembers stationed in Europe often had the opportunity to attend sports clinics conducted by some of the biggest names in American baseball, football and basketball. In this case, the man putting participants in the USAFE basketball clinic through a drill is Boston Celtics coach Arnold "Red" Auerbach. At the time of the clinic, Auerbach's Celtics had yet to make it past the divisional finals in five seasons. But after one more mediocre (39-33) year, they added Bill Russell to their lineup and went on to win nine of the next 10 NBA championships, including eight in a row.