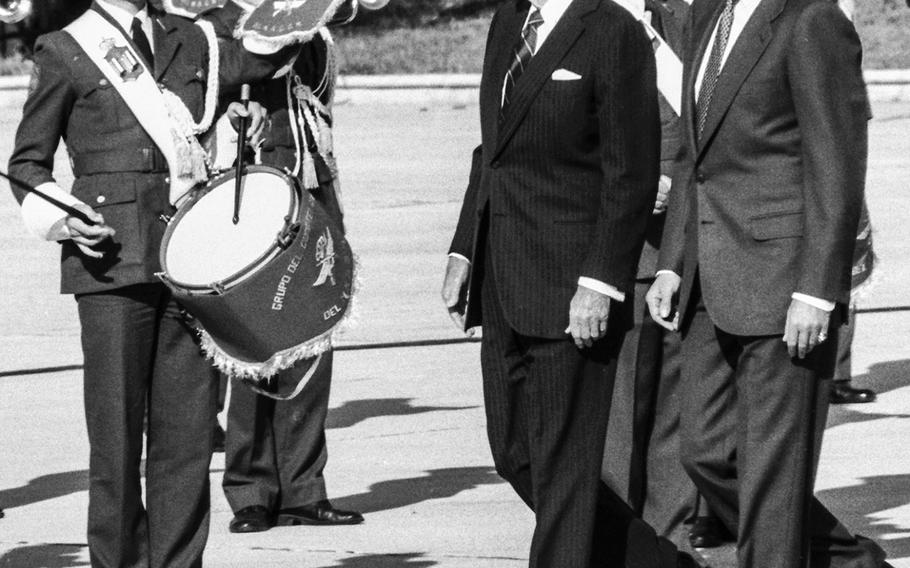 Dave Didio ©Stars and StripesMadrid, Spain, May, 1985: President Ronald Reagan and King Juan Carlos I of Spain review the troops before Reagan's departure from Barajas Airport. About 200 Americans, including 100 airmen from Torrejon Air Base, were on hand to bid Reagan goodbye as he flew to Strasbourg, France, to address the European Parliament following a two-day visit to Spain.