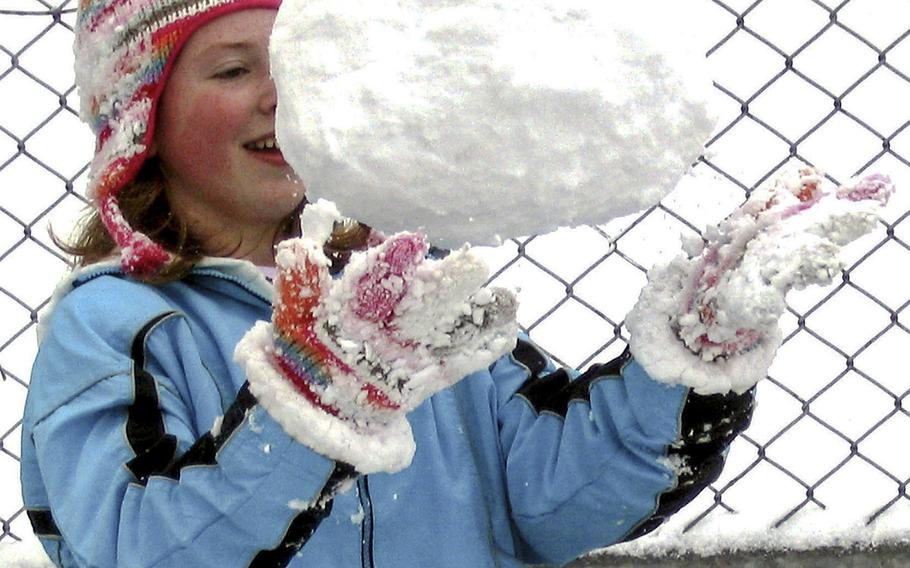 Greg Tyler ©Stars and StripesSasebo Naval Base, Japan, January, 2004: Victoria Carpenter, 11, grew a bit tired of her buddies throwing annoying little snowballs at her, so she briefly considered launching this massive snowball that was initially formed to become a snowman's torso. Just the sight of the monster snowball proved to be an effective deterrent, so Victoria just juggled it a few times and saved it in case the snowman idea caught on.