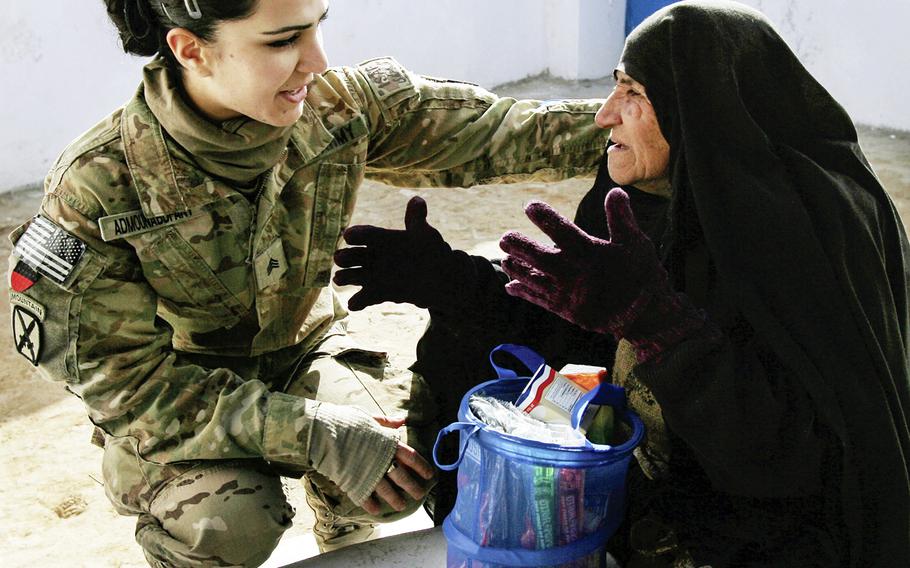 Laura Rauch ©Stars and StripesAfghanistan, May, 2012:Sgt. Lidya Admounabdfany listens to an Afghan woman at the Women's Center at Forward Operating Base Pasab. Admounabdfany was born in Iraq, and was 10 years old and living in Baghdad when the U.S. launched Operation Desert Storm. In 2012 she was an American citizen serving in the 52nd Translator/Interpreter Company, 5th Battalion, 353rd Infantry Regiment.