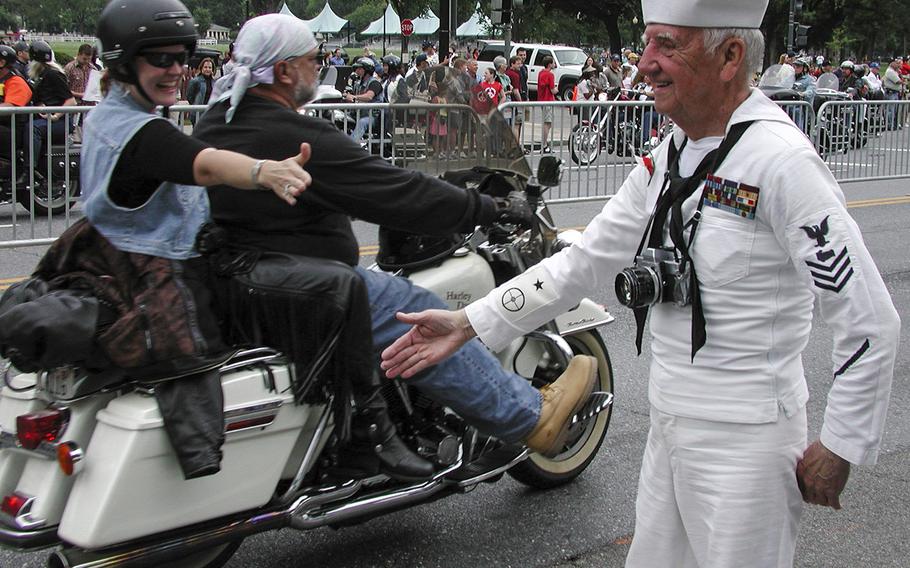 Joe Gromelski ©Stars and StripesWashington, D.C., May, 2004: Stephen E. Kanyusik, a World War II Navy veteran from Sterling Heights, Michigan, reaches out to a passenger on a motorcycle taking part in the annual Rolling Thunder rally on Constitution Ave. in Washington, D.C. Kanyusik, a photographer's mate on the USS Ranger during the war, was one of thousands of veterans and family members visiting the nation's capital for a four-day reunion that featured the dedication of the National World War II Memorial.