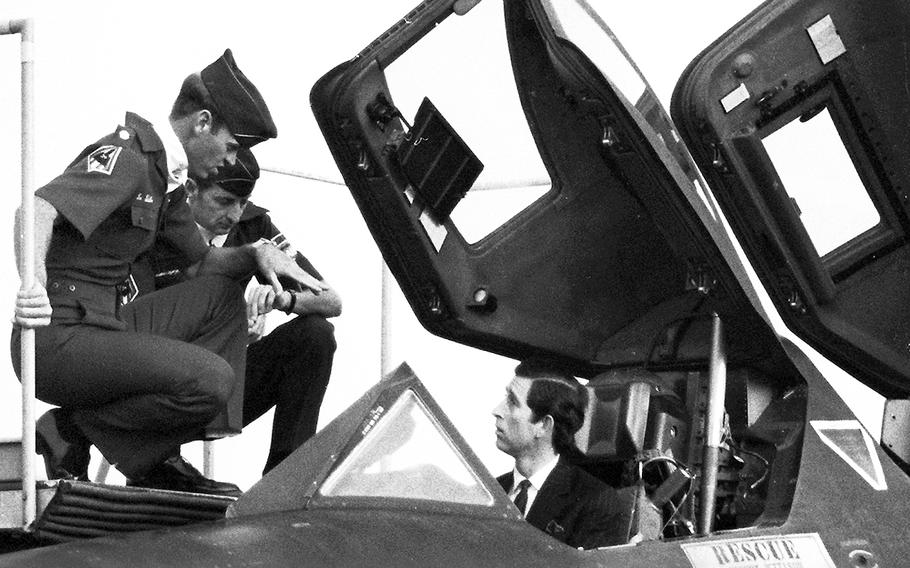 J. King Cruger ©Stars and StripesRAF Mildenhall, England, October, 1982:Prince Charles sits in the cockpit of an SR-71 aircraft as U.S. Air Force Lt. Col. Lee Shelton, left, a pilot, and Maj. Russell Szczepanik, a reconnaissance systems officer, explain the Blackbird's equipment during the heir to the British throne's first visit to a U.S. military installation in the U.K. Charles spent nearly five hours on the base in East Anglia after arriving at the controls of his official helicopter. He came to dedicate newly-installed stained-glass windows at the chapel that capture the highlights of Mildenhall's past.