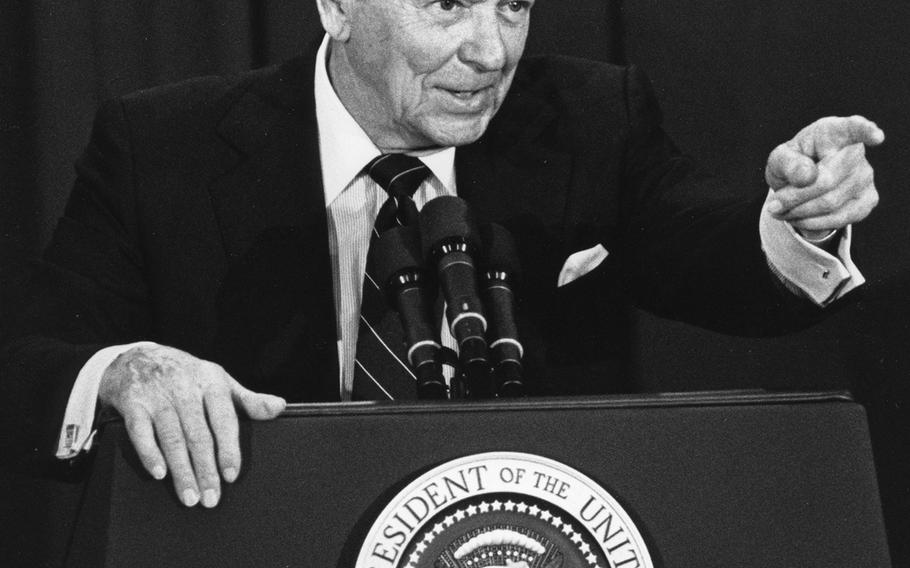 Gloria Montgomery ©Stars and StripesTokyo, May, 1986: President Ronald Reagan makes a point during a news conference just before his return to Washington. Reagan said the world leaders in attendance at an economic summit in Japan agreed to "act together with regard to opposing terrorism, to isolate those states that provide support for terrorism, to isolate them and make them pariahs on the world scene and even try to isolate them from their own people." Libya, targeted in recent raids, was singled out in the leaders' statement.