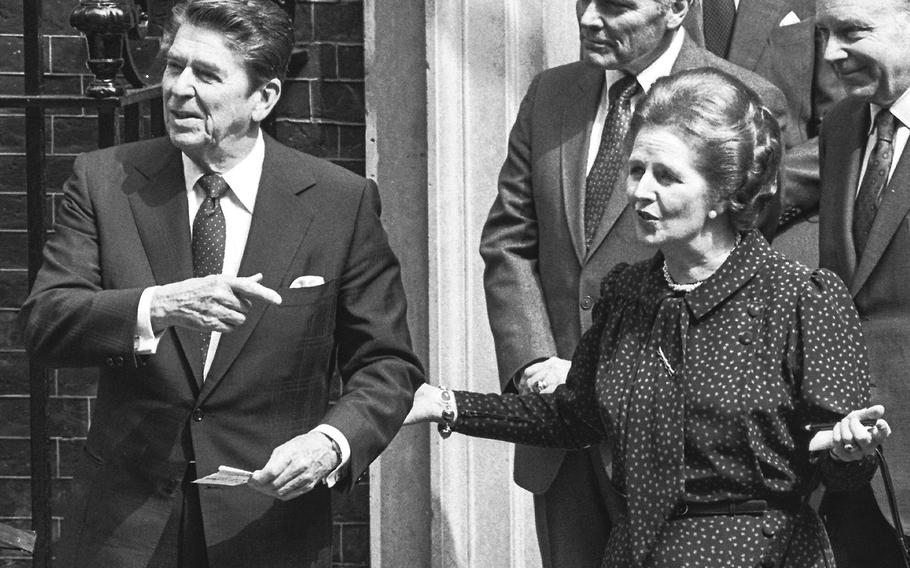 Dave Didio ©Stars and StripesLondon, June, 1982: As President Ronald Reagan starts to answer a question outside of 10 Downing St., he is led away from the press corps with a tug of the sleeve by British Prime Minister Margaret Thatcher.

RELATED MATERIAL: Stars and Stripes' 1982 story about the Reagan-Thatcher meeting.