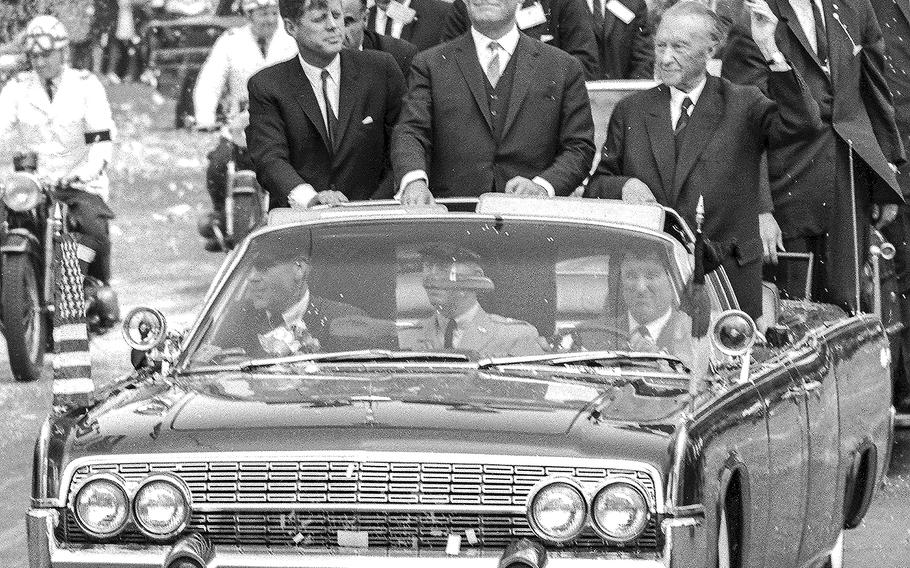 ©Stars and StripesWest Berlin, June, 1963: President John F. Kennedy is joined by West Berlin Mayor Willy Brandt, center, and West German Chancellor Konrad Adenauer in a ride past cheering crowds and through waves of confetti in the free portion of the divided city.