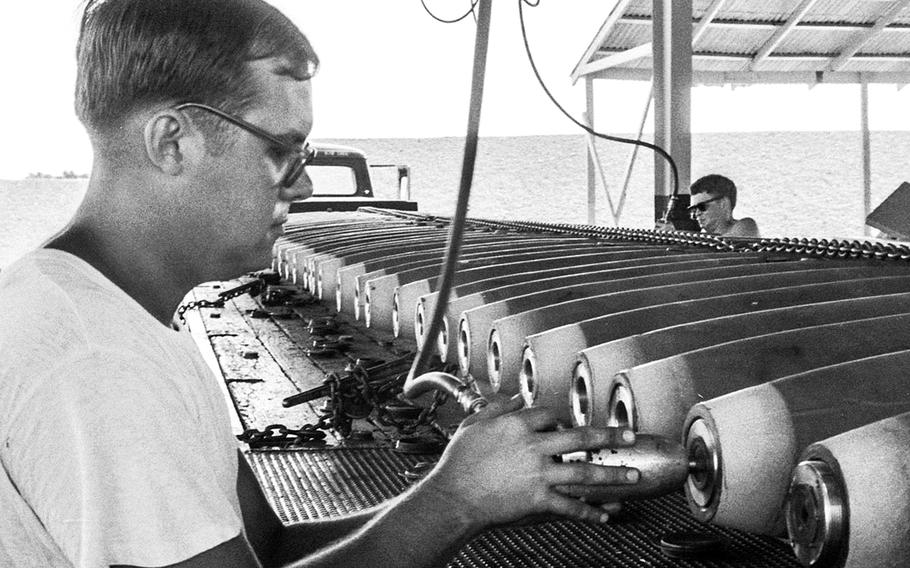 Russ Anderson ©Stars and StripesUtapao Royal Thai Navy Airfield, Thailand, January, 1970: An airman prepares bombs for a B-52 Stratofortress mission over Southeast Asia. Thailand was the starting point for the majority of B-52 missions during the Vietnam war; others took off from Guam and Okinawa.

RELATED MATERIAL: Stars and Stripes' 1970 story about the B-52 crews in Thailand.