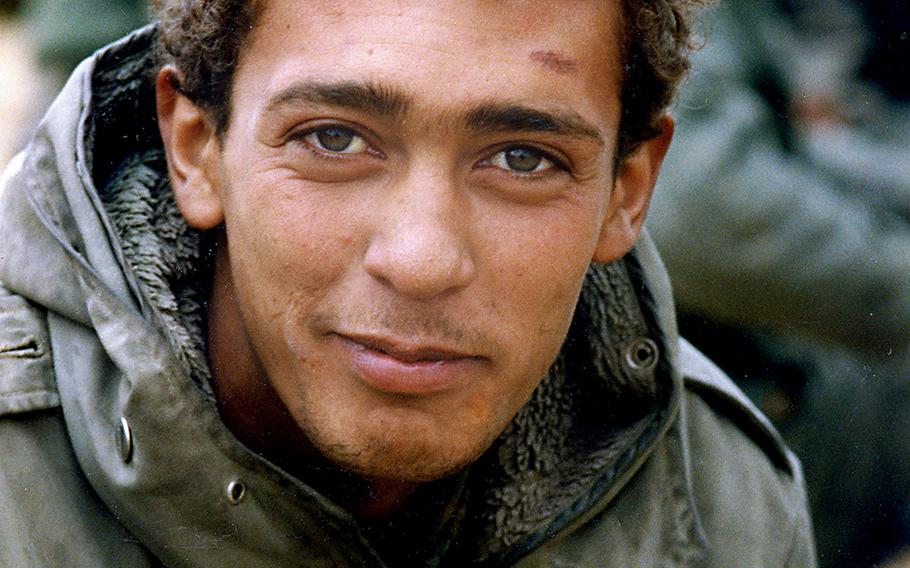 Vince Crawley ©Stars and StripesSouthern Iraq, February, 1991: An Iraqi soldier captured by American soldiers from the 2nd Armored Cavalry Regiment during the Battle of 73 Easting poses for a photo. The Army had asked that POWs not be photographed, but many wanted their pictures taken and published so that their families would know they were alive.