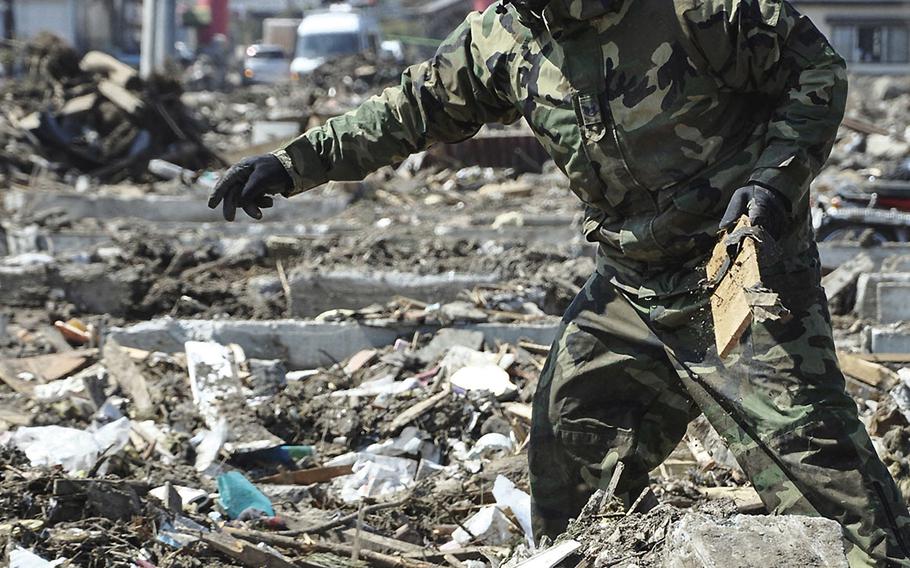 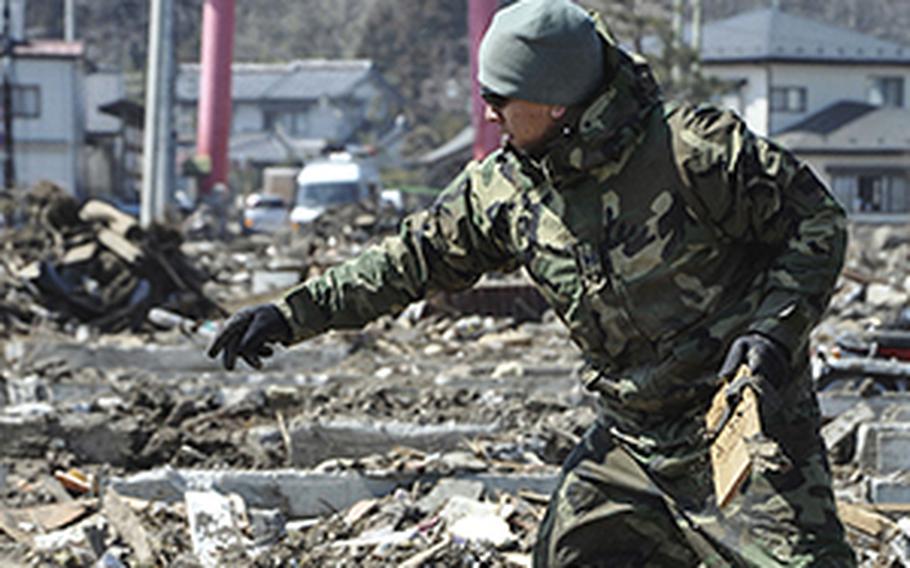 T.D. Flack ©Stars and StripesJapan, April, 2011:Tech Sgt. Luis Cantu helps remove debris Friday from a destroyed neighborhood in Noda Village, about a two-hour drive south of Misawa Air Base. The fishing village was ravaged by the March 11 earthquake and tsunami that killed thousands of people and led to the nuclear emergency at the Fukushima Daiichi power station.