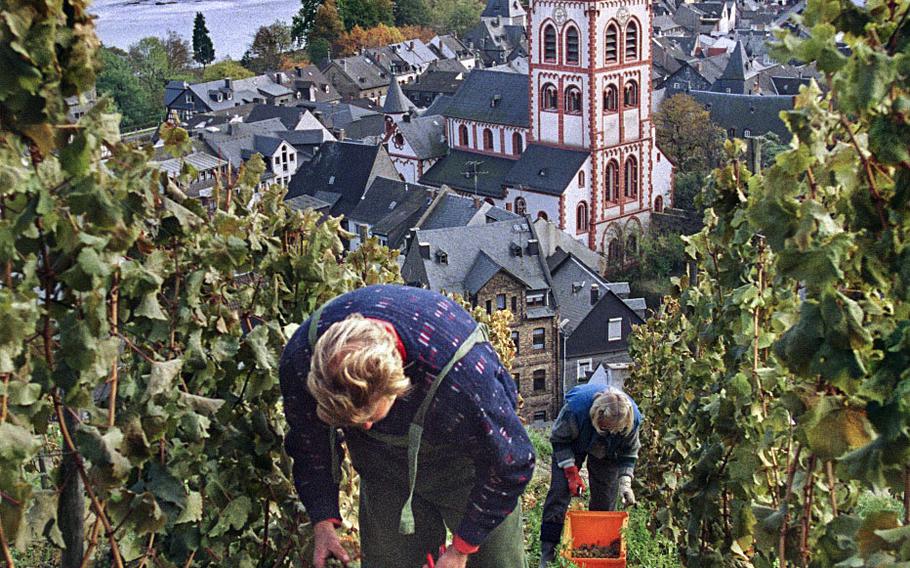 Ken George ©Stars and StripesBacharach, Germany, October, 1997: As the season nears its end, Jacek Felep, front, Hernik Halina pick the last of the green grapes in a vineyard overlooking the Rhine River and the picturesque village of Bacharach. They were picking only enough grapes to produce "maybe 12 or 15 liters of homemade Riesling," a dry white wine.