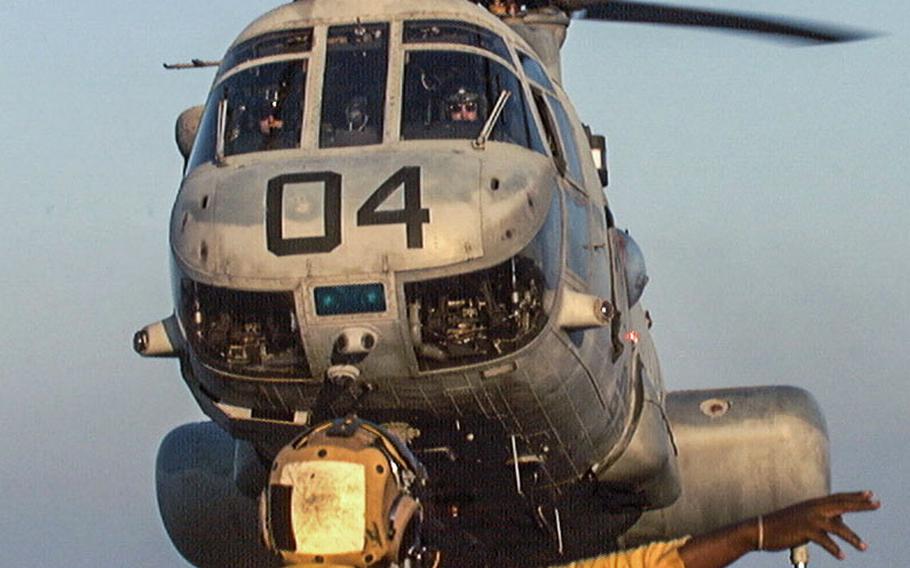 Ivana Avramovic ©Stars and StripesAdriatic Sea, September, 2000: A sailor aboard the USS Austin signals to a Chinook helicopter pilot taking off during the Phiblex 2000 exercise, in which 400 Croatian troops from the 4th Army Brigade, a coastal defense unit, and an equal number of U.S. Marines from Camp Lejeune loaded into helicopters and lifted off for the beaches of the island of Zirje.