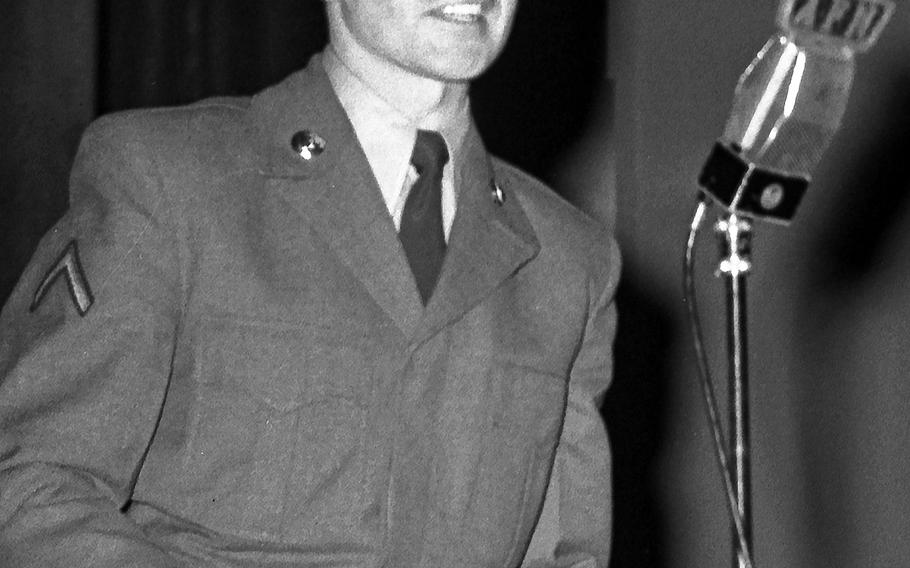 Roger Ruhlin ©Stars and StripesNuernberg, West Germany, December, 1951: Pfc. Vic Damone of the 7729th Special Services Group caps off his big night at the American Theater by singing for an audience that included at least three generals. Earlier, the theater hosted a premiere showing of the movie Rich, Young and Pretty, starring Damone and Jane Powell. The singing star served in the Army from 1951 to 1953; while in Germany, Damone formed a musical partnership with fellow soldier Burt Bacharach, his piano accompanist after their discharge from the service.

RELATED MATERIAL: Stars and Stripes' 1951 story about the show.