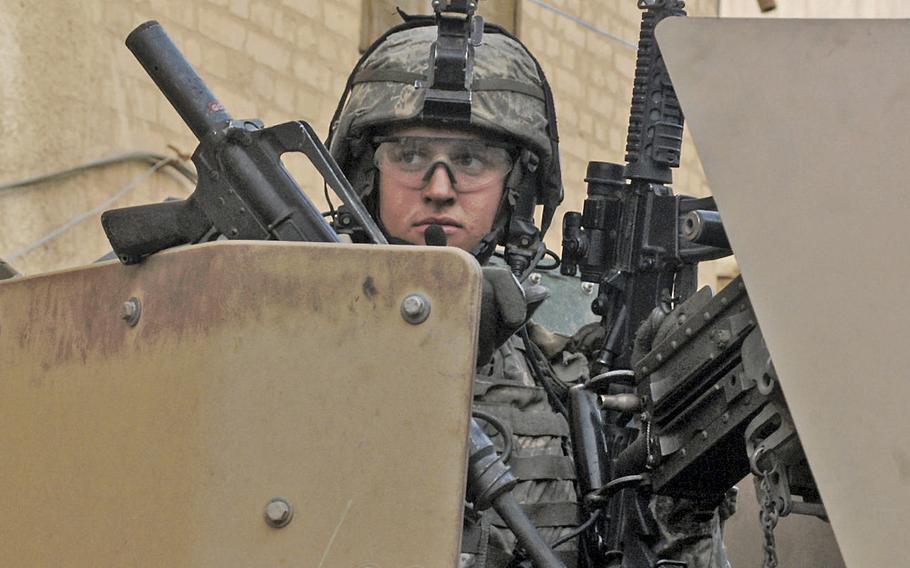 Ben Murray ©Stars and StripesBaghdad, Iraq, November, 2006: Pfc. Ross McGinnis, from 1st Platoon, Company C, 1st Battalion, 26th Infantry Regiment, mans his weapons in the turret of a Humvee in the Adhamiyah neighborhood of Baghdad. A few days after this photo was taken, McGinnis died while smothering a grenade that was tossed into his Humvee, thus saving the lives of four other soldiers in the vehicle. He was posthumously awarded the Medal of Honor by President George W. Bush in June, 2008.