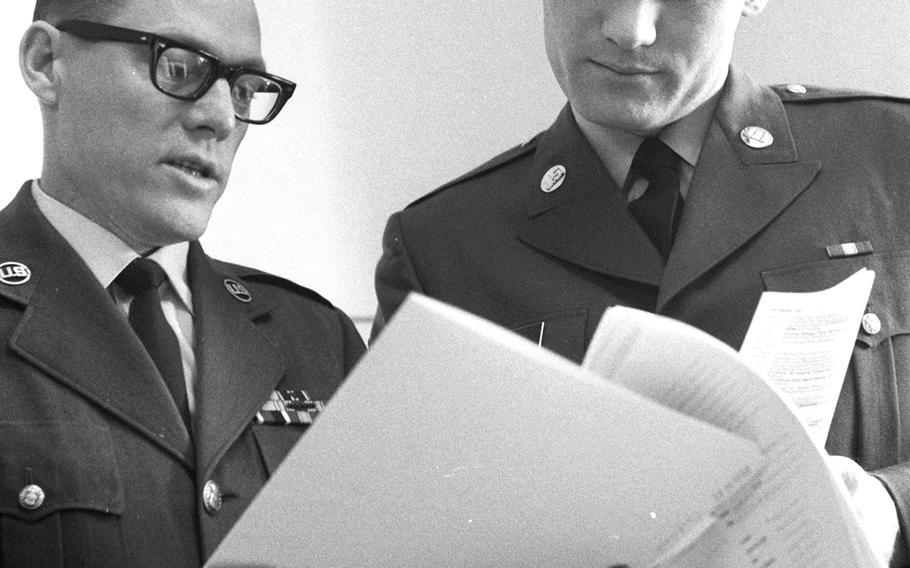 Gus Schuettler ©Stars and StripesGarmisch, Germany, March, 1968: To some, he was best known as pro football's first soccer-style kicker; to others he was the player whose move from the AFL's Buffalo Bills to the NFL's New York Giants was one of the things that forced the leagues' merger. But to his co-workers at the Armed Forces Recreation Center headquarters in Garmisch, he was Pfc. Pete Gogolak, right, assigned to management review and conference coordination duties during his two-year Army stint.