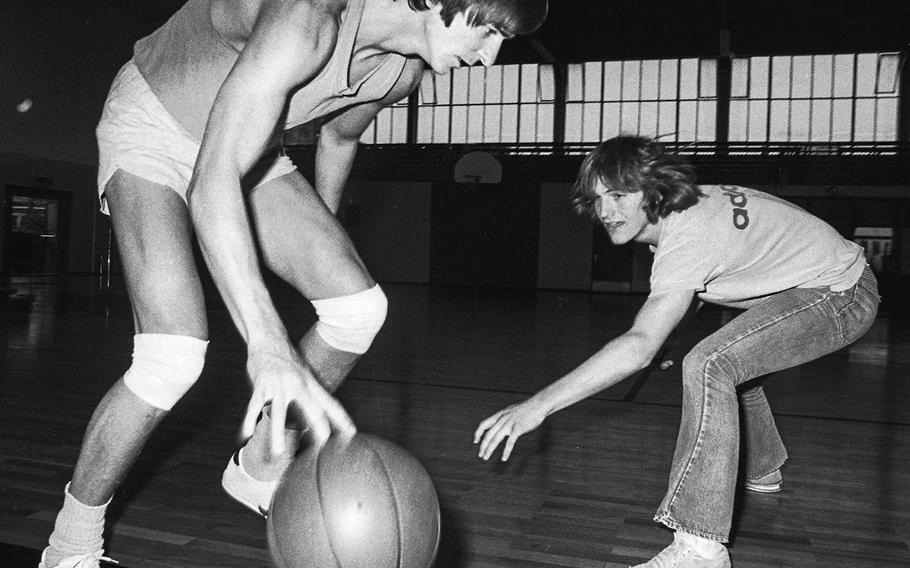 Peter Milia ©Stars and StripesMannheim, West Germany, June, 1975: Basketball star Pete Maravich of the New Orleans Jazz makes a move against a volunteer from the audience at a clinic he and his father, Press, were conducting at the Benjamin Franklin Village sports arena. It was one of several clinics the two put on at U.S. bases in Europe. Pete Maravich scored 3,667 points — an average of 44.2 per game — in only three years while playing for Press at Louisiana State University. In the NBA, he was a five-time All-Star and scored nearly 16,000 points (24.2 per game) for the Hawks, Jazz and Celtics.