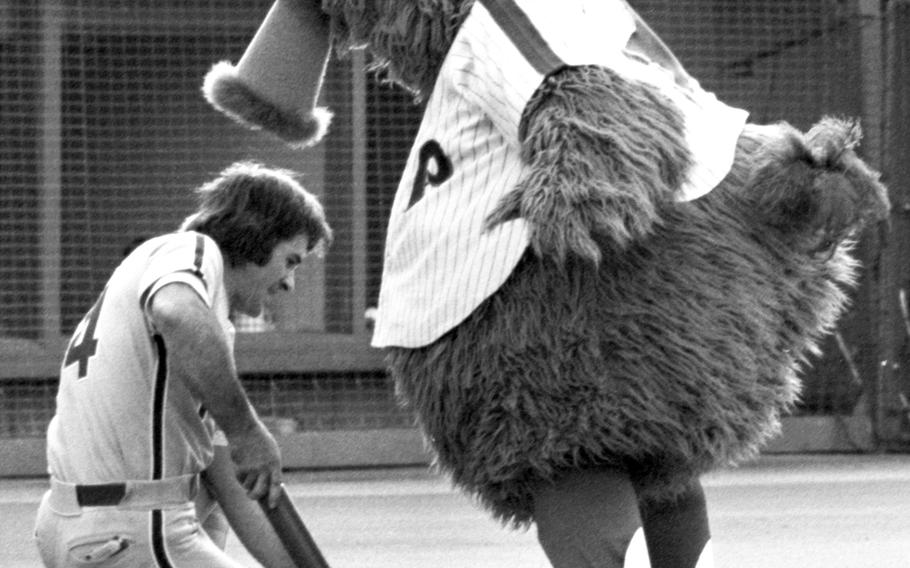 Chet King ©Stars and StripesYokohama, Japan, November, 1979: The Phillie Phanatic looms over Philadelphia's Pete Rose in the on-deck circle during the opening game of an 18-day all-star baseball tour featuring 46 top major leaguers. The National League stars beat the American League in the opener of the series, 11-2, with Phil Niekro of the Braves getting the win and Dave Kingman of the Cubs hitting a two-run homer. The tour included several games between the A.L. and the N.L., and two in which the American big-leaguers faced their Japanese counterparts.