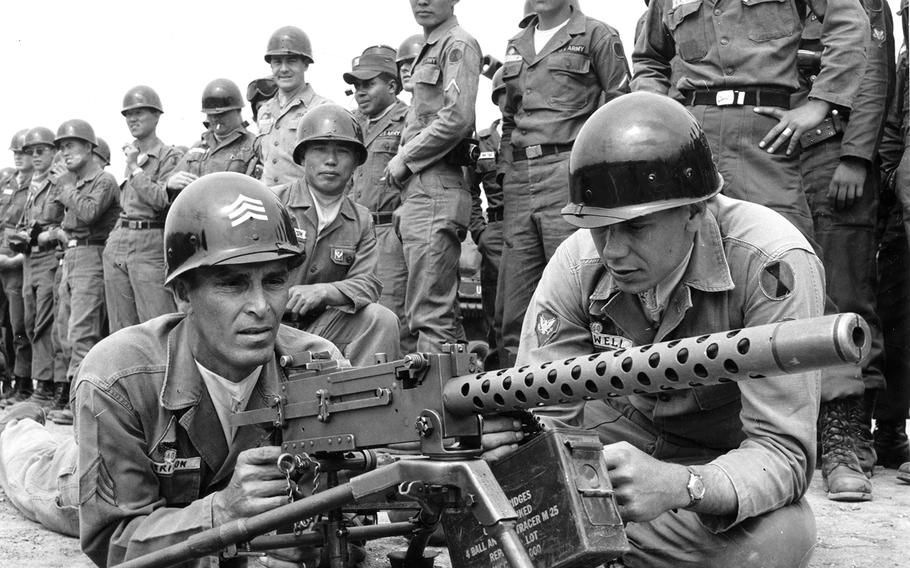 Keith Owens ©Stars and StripesCamp Beaver, South Korea, May, 1959: Among the competitive events at the 40th Armor Regiment's Organization Day was a machine gun disassembly contest, which was won by the team of, left to right, Sgt. Dale K. Morrison and Spc. 4 Louis Maxwell, in the foreground, and KATUSA (Korean Augmentation to the United States Army) soldier Pfc. Sam Kon Kim, kneeling behind them.