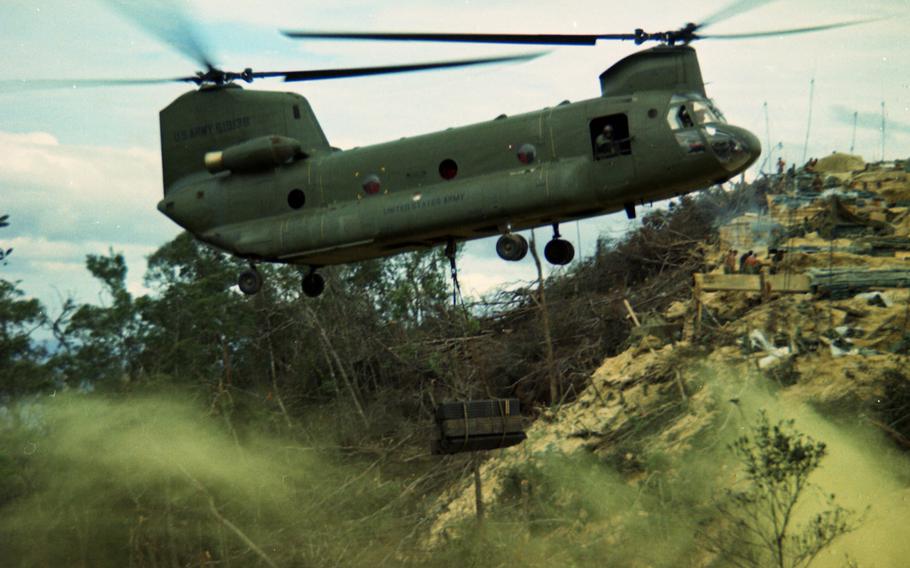 A Chinook helicopter carries supplies to hilltop positions surrounding the A Shau Valley Vietnam during Operation Somerset Plain in 1968.

Operation Somerset Plain was a lengthy, late summer raid by the U.S. Army's 101s Air Cavalry Division into the A Shau Valley, which sits along the western flank of Thua Thien province. The cavalry would cut off Viet Cong and North Vietnamese Army supply routes with their air-assisted raids.