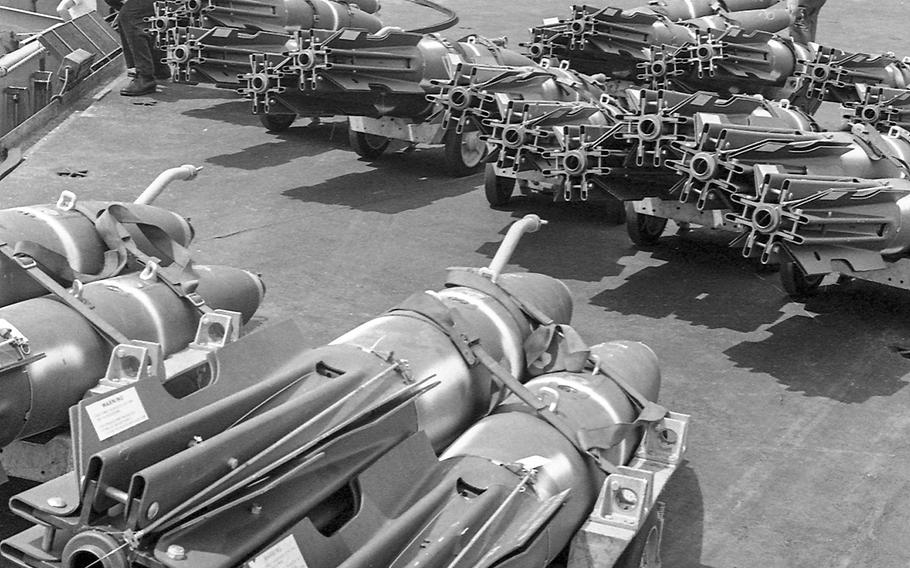 Kim Ki Sam ©Stars and StripesOff the coast of Vietnam, 1968: Bombs are lined up on the flight deck of USS America before being loaded onto planes for missions against targets north of Dong Hoi, North Vietnam, during Operation Sea Dragon. Visible behind the ammunition are an A-7A Corsair II and an A-6A Intruder.