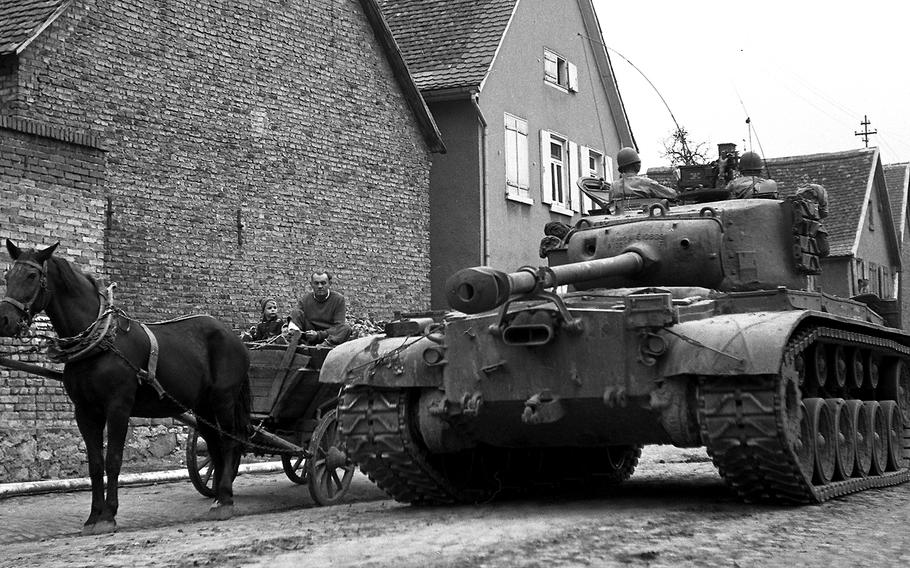 Henry Toluzzi ©Stars and StripesWest Germany, September, 1951: A tank rolls past a horse and cart in a German town during Exercise Jupiter. In the three-day, French-directed war games, some 150,000 Allied troops — including 45,000 Americans from the Army's V Corps — enacted a mass counterassault across the Rhine River against "enemy" troops dug in on the east bank. Among those on hand to observe the exercise was the SHAPE commander, Gen. Dwight D. Eisenhower.