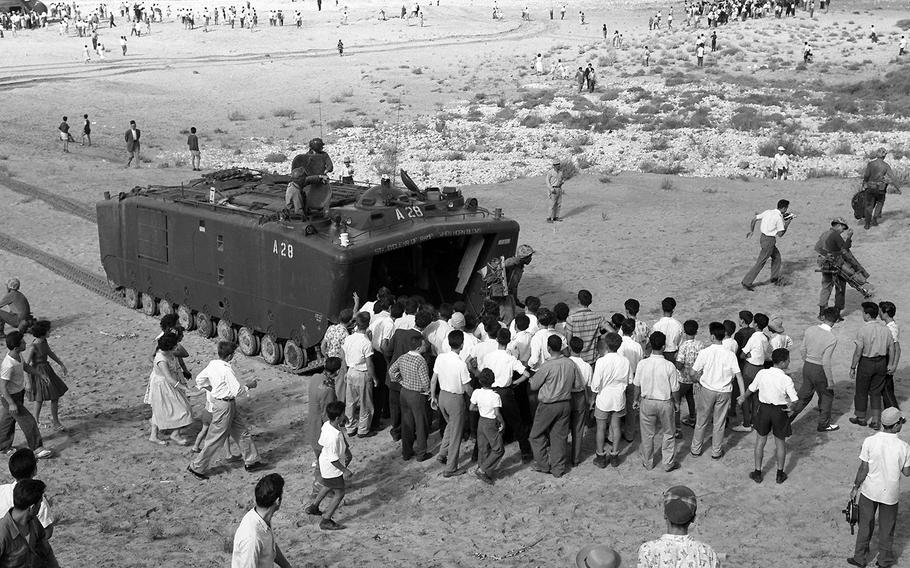 Jim Wright ©Stars and StripesLebanon, July, 1958: U.S. Marines attract a crowd of spectators as they land on a beach near Beirut during Operation Blue Bat, the three-month-long, American-led effort to back the beleaguered pro-Western Lebanese government of President Camille Chamoun. Although the landing force was prepared for rebel resistance, they were greeted by casually-dressed photographers in the surf and the throng of curious local residents on shore. A Stars and Stripes reporter noted that the big winners in the landings were local taxi drivers, whose rates for ferrying people to the beach quadrupled as the situation developed.

RELATED MATERIAL: Stars and Stripes' 1958 story about the "taxicab war." A recent story in which veterans remember Operation Blue Bat.