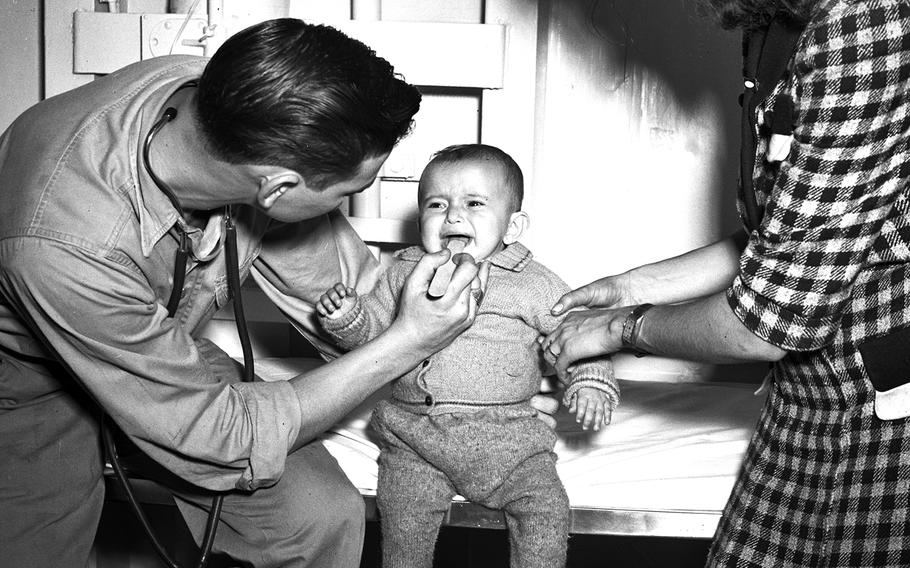 Robert Merritt ©Stars and StripesBremerhaven, Germany, September, 1947: One of the youngest of 857 Venezuela-bound displaced persons gets a checkup from a doctor before leaving on the U.S. Army transport ship General S.D. Sturgis. The group included 165 former Spanish Republicans unable to return to their country because of their anti-Franco activities; others were from Russia, Yugoslavia and the Baltic states.

RELATED MATERIAL:Stars and Stripes' 1947 story about the displaced persons' departure.