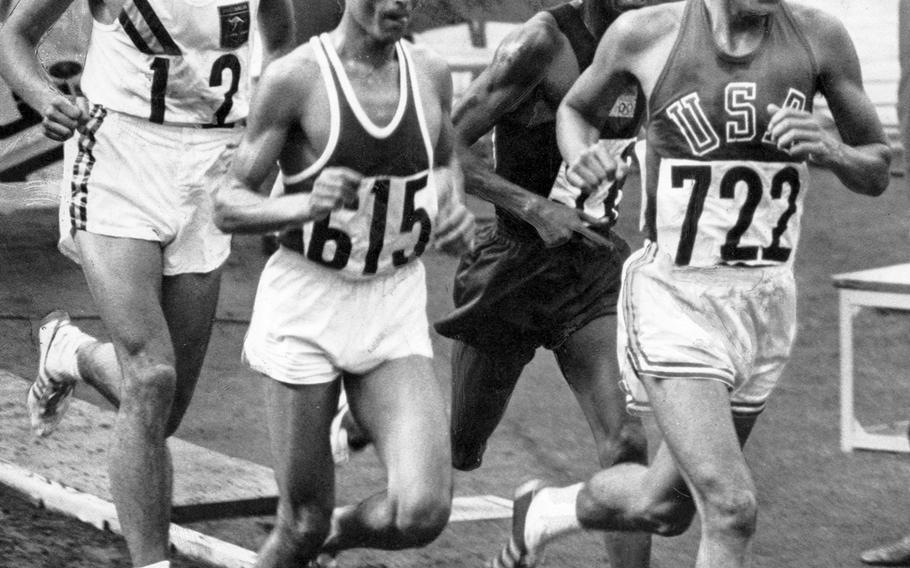 Fred G. Braitsch Jr. ©Stars and StripesTokyo, Japan, October, 1964: U.S. Marine Corps Lt. Billy Mills leads the way with about 1,000 meters to go in what may have been the biggest upset of the 1964 Olympics, a record-setting triumph by Mills in the 10,000-meter race. Following him across the line were Mohammed Gamoudi of Tunisia (615) and pre-race favorite Ron Clarke of Australia (12). Mills, an Oglala Lakota American Indian, grew up on the Pine Ridge reservation and attended the University of Kansas.