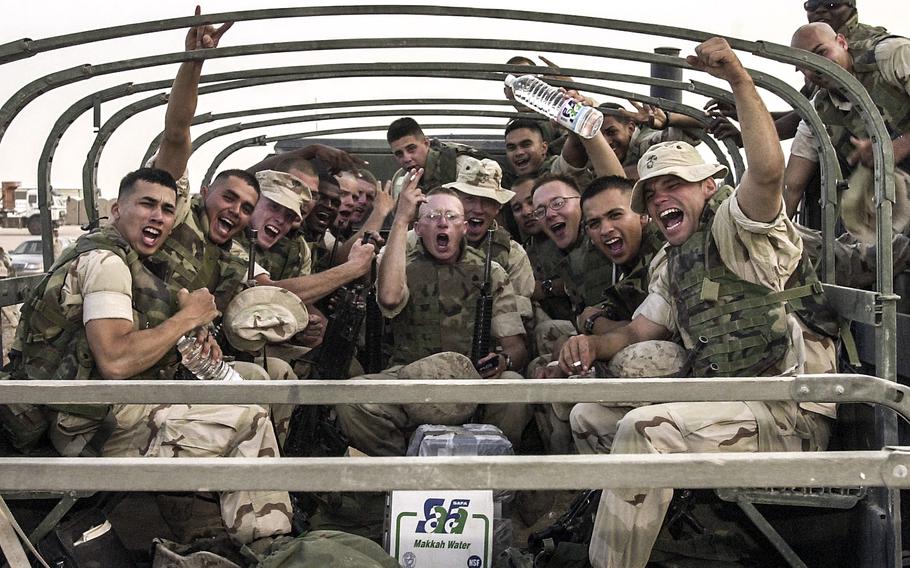 Rick Scavetta ©Stars and StripesCamp Matilda, Kuwait, May, 2003: Marines from the 2nd Marine Division who recently fought in Iraq express their feelings about their impending return home. According to a Stars and Stripes story, "some lucky Marines are flying home. Others are boarding ships for the slow float back to the United States. Some troops headed east through the Pacific were told to expect a stop in Australia. Those headed west may have port calls in the Mediterranean."

RELATED MATERIAL: Stars and Stripes' 2003 story about the homeward-bound Marines.