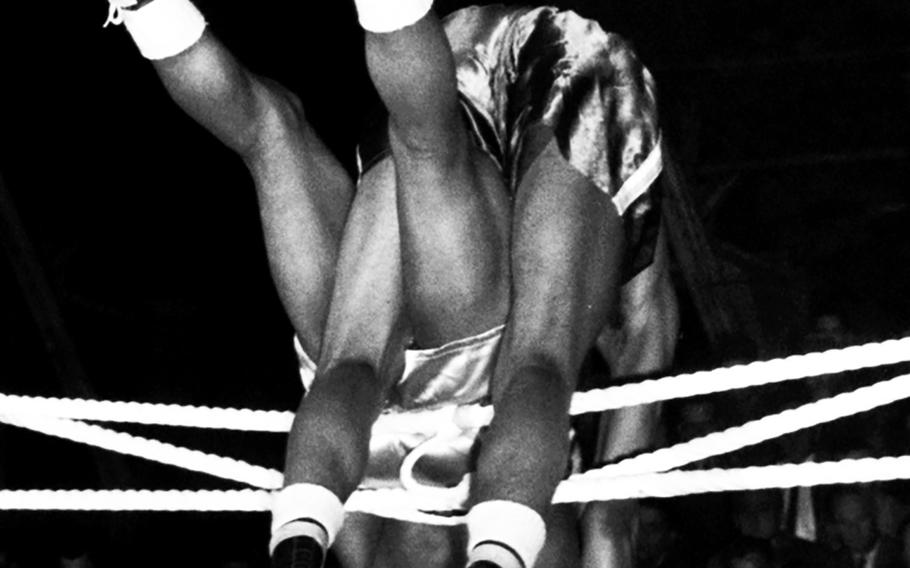 Red Grandy ©Stars and StripesHanau, West Germany, March 28, 1957: Ron March of NWAC and Harold Wilson of Northwest Army Trps. both fall out of the ring during their featherweight division bout at the U.S. Army Europe northern regional boxing championships. Wilson, with his feet up in the photo, eventually won on a decision.