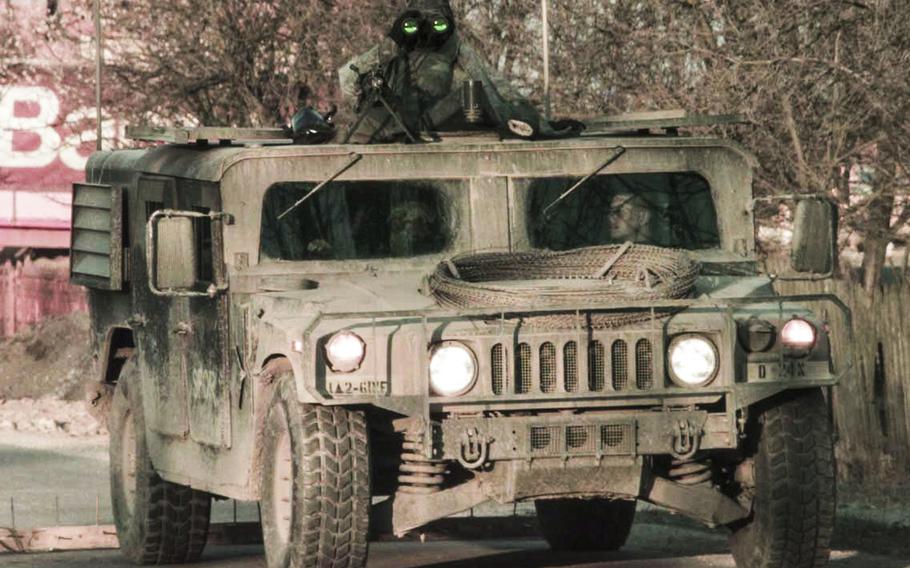 Erik Gudmundson ©Stars and StripesBrcko, Bosnia and Herzegovina, March, 1998: As international mediators once again postponed a ruling on control of Brcko, a stepped-up military and police presence was evident in the town on the Sava River that was so crucial to both the Bosnian Serbian and Muslim-Croatian substates that the issue couldn't be resolved during the 1995 Dayton talks. Both sides had threatened to resume fighting if control of Brcko were given to the other side by the mediators.