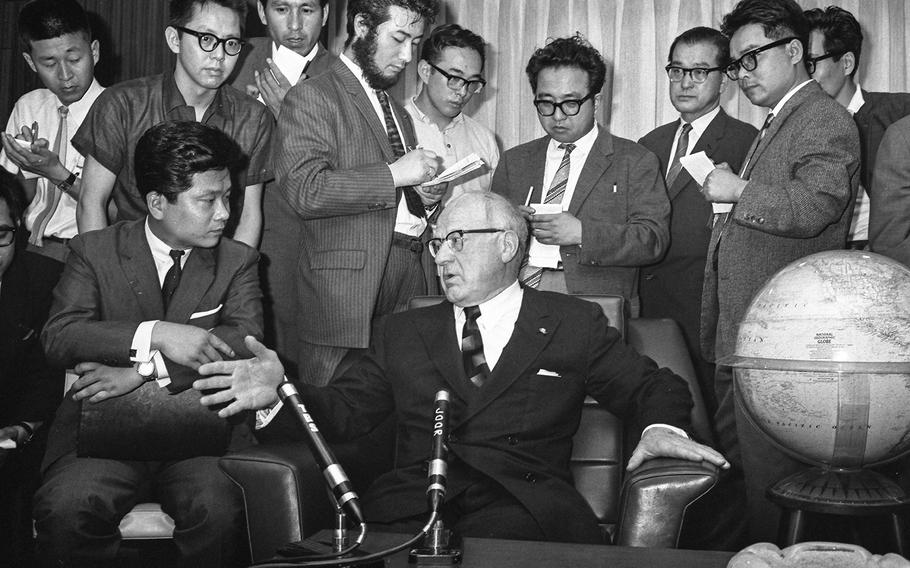 Masahiko Nakamura ©Stars and StripesTokyo, May, 1964: Avery Brundage, president of the International Olympic Committee, talks with newsmen after his arrival at Tokyo International Airport to begin a week-long inspection tour of the facilities being built for the 1964 Olympic Games. Brundage competed in the discus, pentathlon and decathlon at the 1912 games, and rose through the ranks to serve as IOC president from 1952 to 1972. He was a strong believer in keeping professionalism and politics out of the Olympics, bute was criticized for leading the fight against a boycott of the 1936 Olympics in Germany and insisting that the 1972 Munich games continue after the massacre of Israeli athletes by terrorists.