Olympic runner's reunion with his grandmother, 1948 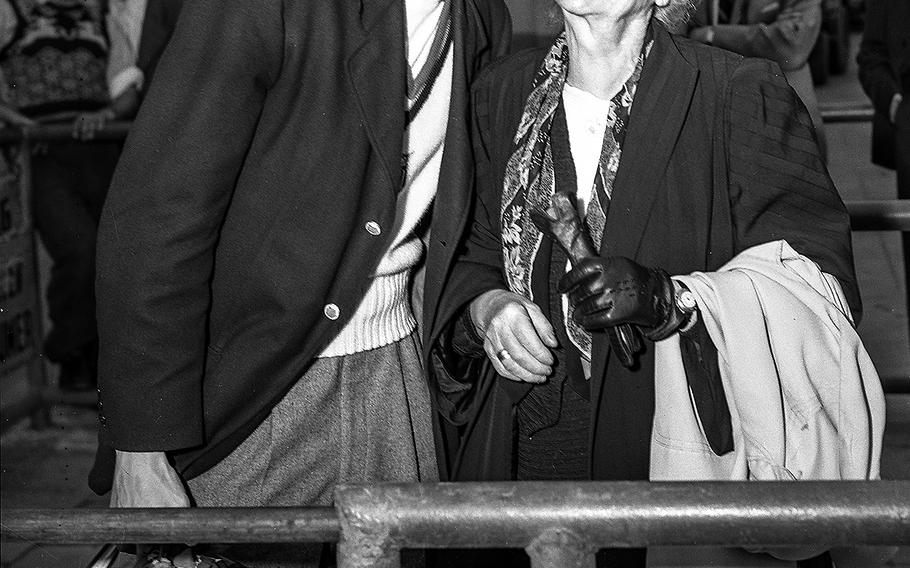 Henry Compton ©Stars and StripesFrankfurt, Germany, August, 1948: Mrs. Dorthe Kornowski gets a kiss from her grandson, Herbert Barten, as he arrives at the Rhein-Main airport. Behind them is Barten's aunt, Dorthea Wolf. Barten, a fourth-place finisher in the 800-meter race at the recent Olympic Games in London, was one of 10 members of the U.S. team stopping in Frankfurt for an exhibition meet. The last time his grandmother saw him he was a year and a half old, but his aunt said she recognized him right away because "he looks just like the family."

RELATED MATERIAL: Stars and Stripes' 1948 story about the Olympians' arrival in Frankfurt.