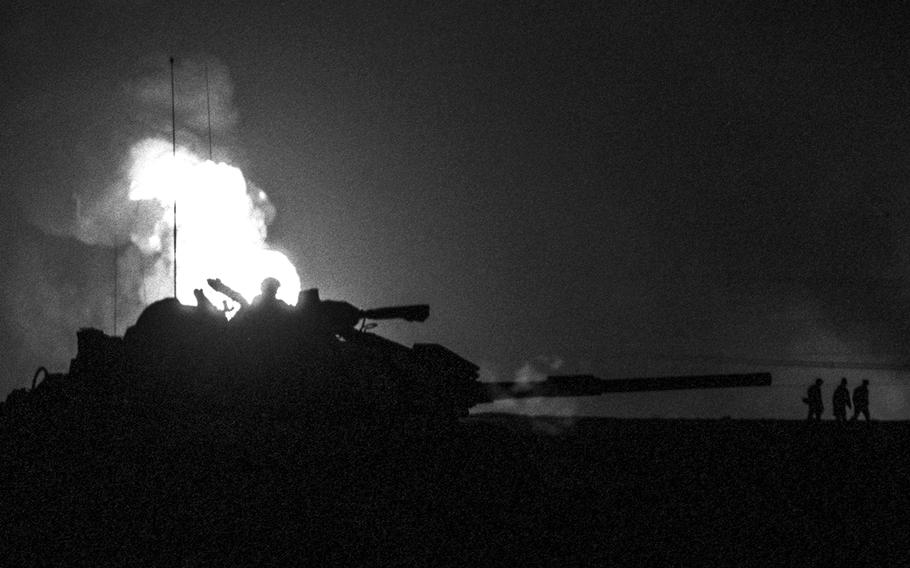 Joseph Owen ©Stars and StripesKuwait, March, 1991: American servicemembers are silhouetted against the flames from one of the many oil-well fires set by Iraqi troops fleeing Kuwait during the Gulf War.

RELATED MATERIAL:A Stars and Stripes reporter's impressions of Kuwait right after its liberation in 1991.