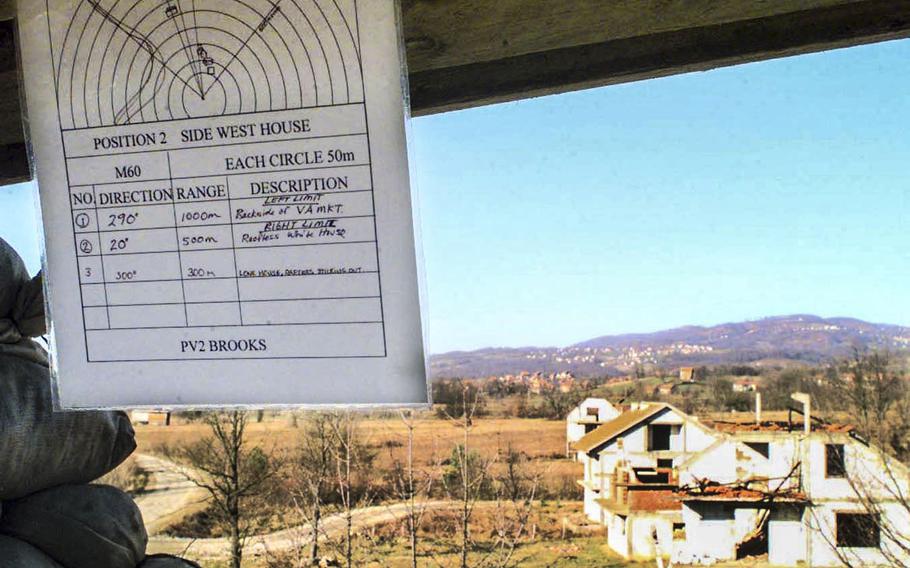 Ron Alvey ©Stars and StripesMahala, Bosnia and Herzegovina, January, 1998: A range card documents landmarks and distances from Observation Post Sierra 10, about three miles west of Camp Dobol and along the road linking the Muslim-Croatian federation with the Serbian republic. Soldiers from 2nd Armored Cavalry Regiment's F Troop, out of Fort Polk, La., pulled two-week shifts at the observation post every six weeks, living in small tents beside the bombed-out house and working 12-hour shifts.