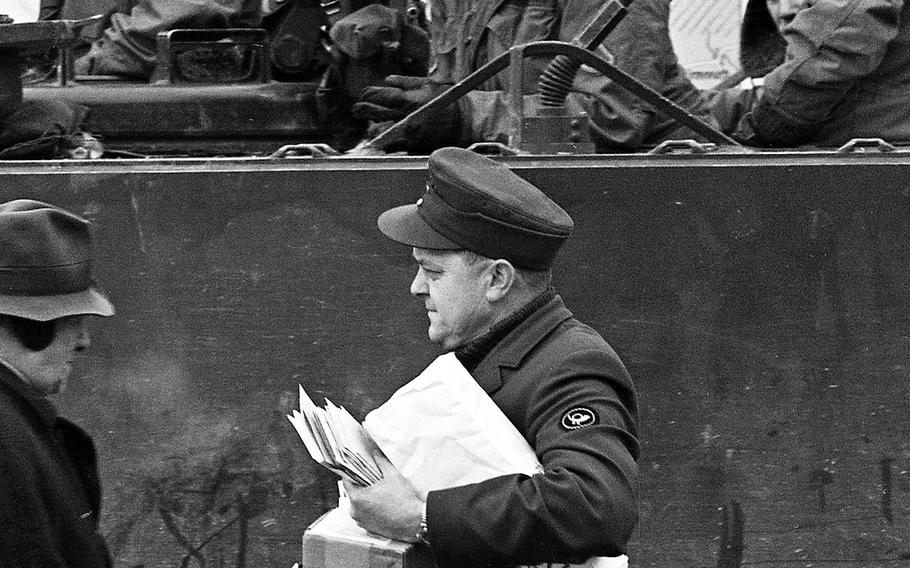 Jim Cole ©Stars and StripesKoenigstein, West Germany, February, 1969: Infantry troops taking part in the Carbide Ice exercise might have been thinking about letters from home as they rolled past a German postal carrier in the Vilseck-Grafenwoehr area. "By 9:30 a.m., the town of Koenigstein was choked with tanks, armored personnel carriers, jeeps and other vehicles moving to the east," according to a Stars and Stripes story about the exercise. "There was obvious excitement among the townspeople." But the locals' excitement might have been tempered had they considered their Cold War location and the following: "The aggressor Orange Force introduced (practice) nuclear tactical weapons for the first time into the big maneuver across northern Bavaria when they let fly with missiles about 6:45 a.m. The dual-based 24th Inf. Div. Blue Force replied in kind with a volley of nuclear Nikes."