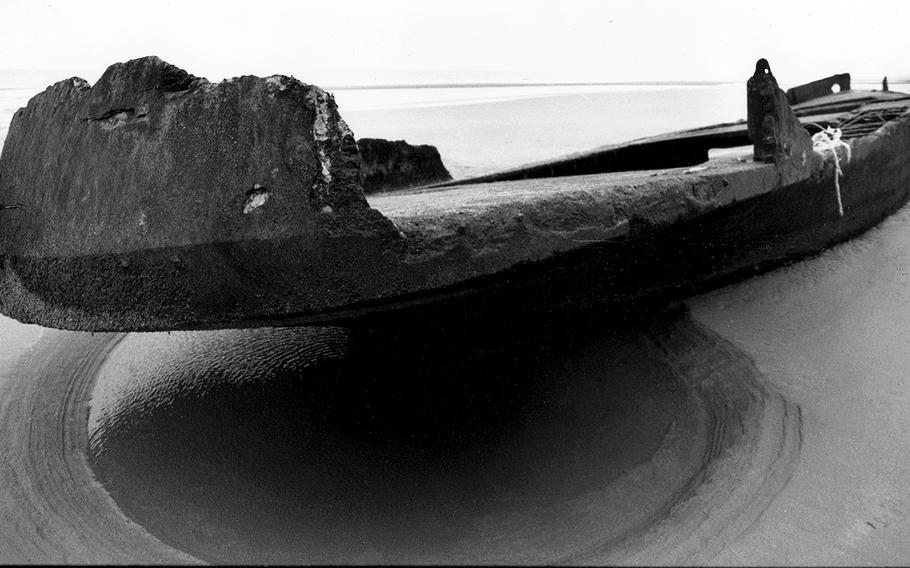 Ken George ©Stars and StripesNormandy, March, 1994: Fifty years later, a rusted barge is one of the few remaining reminders of the D-Day invasion of France on the sand at Omaha Beach. Nearby are the graves of over 9,000 Americans, most of them killed in the assault that began June 6, 1944.