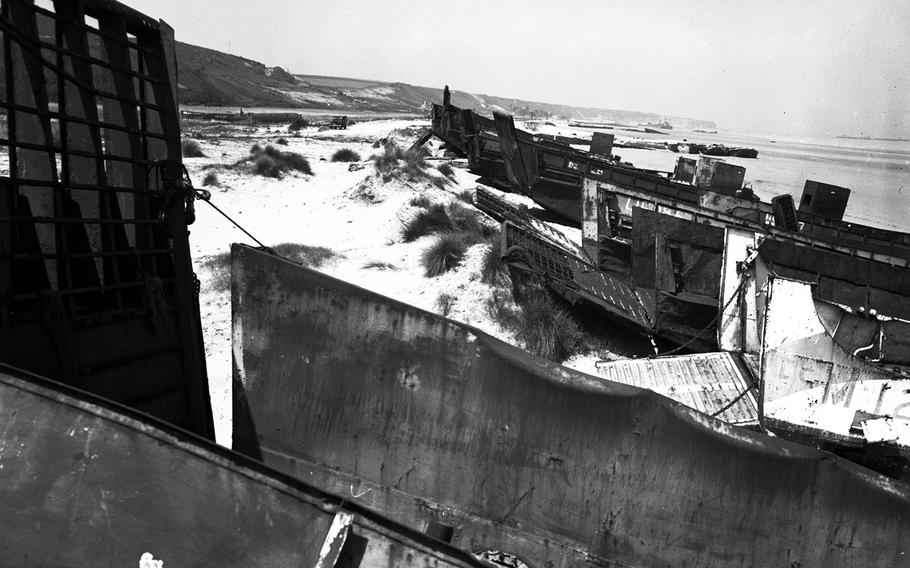 Tony Vaccaro ©Stars and StripesNormandy, June, 1947: Three years after the World War II D-Day invasion that led to the liberation of Europe from the Nazis, rusting landing craft and other remnants of war litter Omaha Beach, scene of some of the bloodiest fighting of the war.