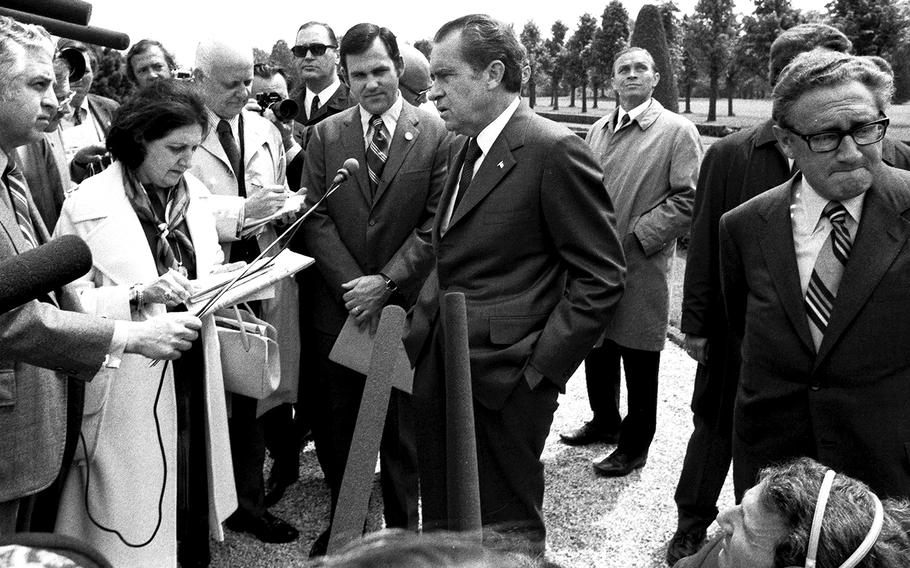 Red Grandy ©Stars and StripesSalzburg, Austria, May, 1972: President Richard Nixon holds an impromptu press conference on the grounds of Klessheim Palace, where he was resting on his way to summit talks in Moscow. At right is National Security Advisor Henry Kissinger; to Nixon's immediate right is Press Secretary Ron Ziegler. Among the reporters is UPI's Helen Thomas, who was the only female print journalist accompanying Nixon on his trip to China three months earlier.