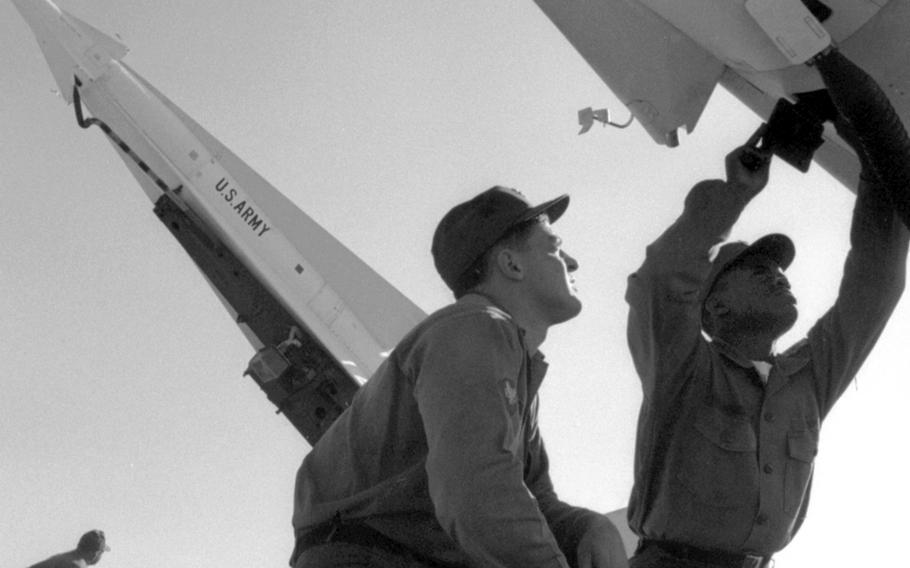 Eikoh Goya ©Stars and StripesOkinawa, January, 1968: Pvt. Frank Morgan, right, and Spec. 4 John Nicolosg of the U.S. Army's 30th Artillery Brigade check the safety and arming device on a Nike-Hercules missile as Sgt. Jimmie Bradshaw, in background, raises another missile into firing position during an annual firing practice. The 39-foot-long (including booster) Nike-Hercules was directed to its target through ground-based guidance, unlike the other stalwart of the Army arsenal, the Hawk, which featured an internal guidance system.